On Friday 2nd October, 2015, Code for Ghana gathered a group of students from the Ghana Institute of Journalism to introduce them to modern tools and skills for data journalism in an event dubbed: Telling Stories With Data - Tools and Skills.

One of the core aims of Code for Ghana is to increase the adoption of data-driven journalism and data-driven civic engagement in Ghanaian Newsrooms. This approach helps to hold government accountable and provides important information and analysis for citizens to effectively engage with government. The Code for Ghana fellows have been doing this for the past 6 months in 3 major media houses in Accra.

The honest truth is that, data-driven journalism in newsrooms in our part of the world is a new phenomenon (if not non-existent). Before kick-starting the project, a landscape study on data journalism and data visualisation in Ghanaian newsrooms was rolled out in the capital, Accra. Results of the study showed that none of the journalists in the media houses under the study had skills in data visualisation. The only tool that most of the most of the journalists said they were comfortable with was Microsoft excel.

Months into the project, data stories from our adopted media houses were still not as high as we expected. One reason is that most older journalists in newsrooms find the adoption of some of these new tools and skills laborious. Acquiring skills in coding and statistical analysis takes a lot of time and effort to perfect and some of them find it uncomfortable. 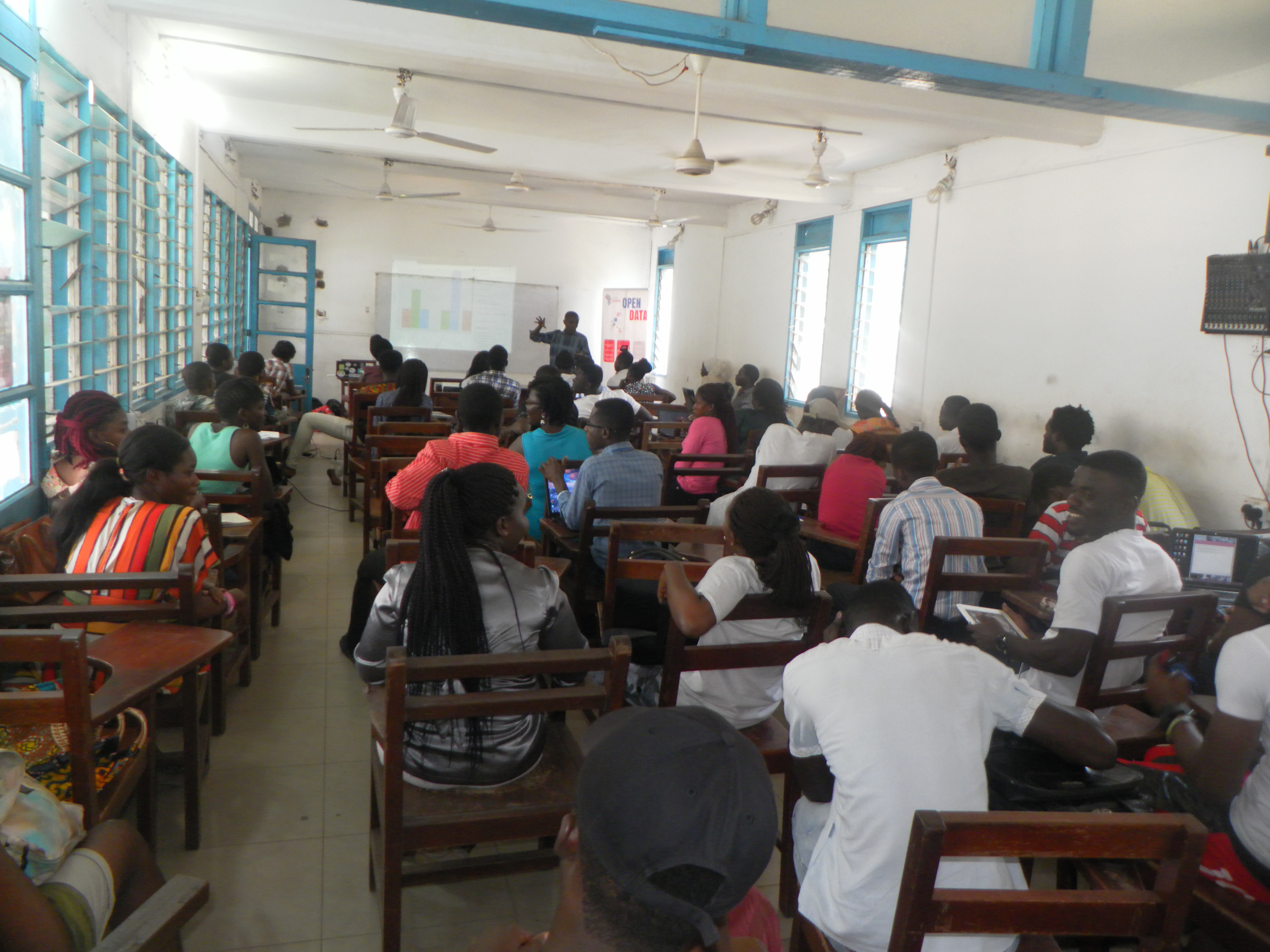 So we decided to test the idea with some ‘new blood’ in one of the lecture halls at GIJ. The evidence was clear. The room was fully packed with enthusiastic students who were very interested in the programme. What Code for Ghana did was to basically introduce the students to some of the concepts in the data-journalism handbook -of which none of the students had heard off- and demo a few of the visualisations that we had done using simple and easy-to-use tools like fusion tables, openspending, R and a few data resources. Clearly, the students were very fascinated to see these examples of data visualizations on the District Assembly Elections, 2015 MMDA Budget Allocations, NPP Election Primaries etc. Though the students admitted that they were introduced to a data journalism course, it had none of the tools or any of the coding skills we shared with them. Some of the students were willing to sign up to a paid training course to learn some of these tools and skills. Soon after this event we received calls from other schools to hold a similar event with them.