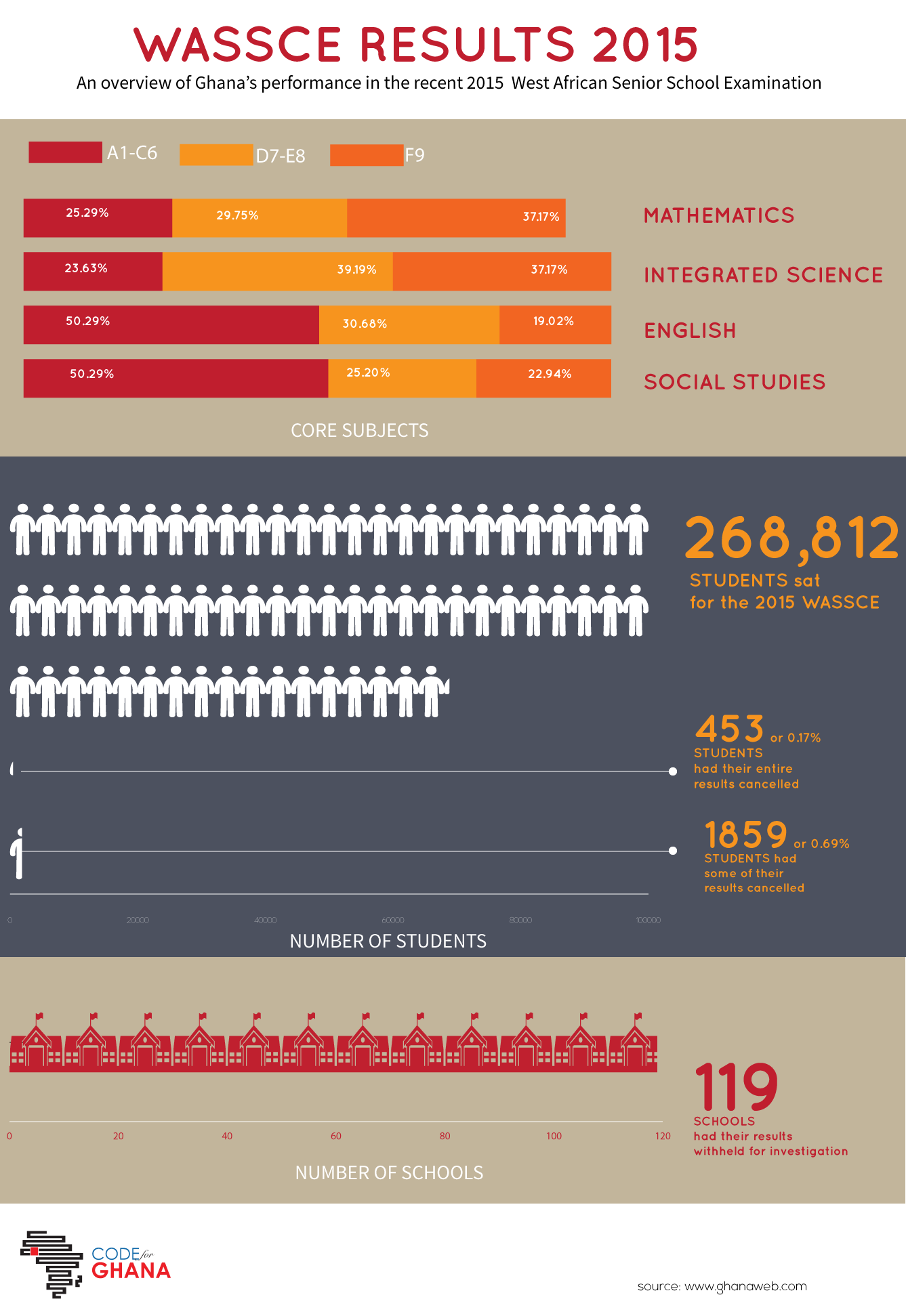 At the Senior High School level in Ghana, students write the West African Senior School Certificate Examination(WASSCE) before moving to the universities. WAEC has released the results for this year’s WASSCE including some astonishing statistics about the examinations.The irregularities resulting from some examinations malpractices are alarming. That will be our focus today as we compare this year’s statistics to that of last year.

First of all, there has been a very significant increase in the number of candidates in one year. In 2014, 242,162 candidates sat for the exams, while 268, 812 sat for the exams this year (2015). These two figures indicate an 11% increase in WASSCE candidates over a one year period. A look at the performance of students in the core subjects (English, Mathematics, Social Studies and Integrated Science) also reveals a very interesting pattern this year. Whereas over 50% of the candidates had grades between A1 and C6 in English and Social Studies, about 25% and 23% had the same grade in Mathematics and Integrated Science respectively. This further exposes the historical poor performance of WASSCE candidates in Science and Mathematics.

The staggering statistics that came along with the release of the 2015 WASSCE results have been visualized in the infographic. There is a lot to be done. We hope the situation will not get any worse next year.